Wig-Wearing Akin Gump Ex-Partner Says “My Life is Over” 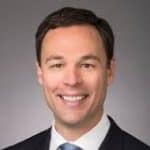 A former Justice Department lawyer and Akin Gump partner who wore a wig and used a fake name when trying to sell a sealed whistleblower complaint to a company being investigated by the government has blown his career with the Big Law firm.

Jeffrey Wertkin was intending to collect over $300,000 in the sale of the lawsuit according to Bloomberg Big Law Business.

Akin Gump reportedly  “took swift action” after learning about the arrest and Wertkin is no longer with the firm, according to a spokesperson.

He was arrested in a hotel in Cupertino, California on 31 January when he believed he was selling the lawsuit to the company who had been investigated over sending phony bills to the government.

The ABA Journal report that Wertkin joined Akin Gump in April 2016 from the U.S. Justice Department, where he worked in the civil division’s commercial litigation branch. A press release described him as an experienced False Claims Act lawyer who had overseen complex investigations of health care fraud.

A probable cause affidavit (PDF) unsealed on Monday says the investigation began after a high-ranking employee of a technology security company told the FBI he had received a call from a person calling himself “Dan.” Dan offered to provide a copy of a sealed False Claims Act complaint in exchange for a “consulting fee.” The employee agreed to record phone calls with Dan for the FBI.

Dan demanded a fee of $300,000, later raised to $310,000, and asked for payment in bitcoin. Dan arranged to meet a different corporate employee—in reality the FBI agent—in the lobby of the Hilton Garden Inn in Cupertino.

Next Post: Why Trump Team Changed Lawyers in Immigration Row