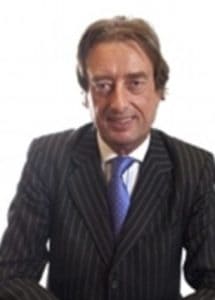 A “notoriously untidy” barrister died in his London flat when it caught fire, a coroners court has heard.

Ian Paton, 66, who sat as a crown court recorder, was found unconscious in his £1.2m Thames flat on 20 December following evidence of a small blaze around his stove.

In a written statement to Southwark coroner’s court, his ex-wife, Elizabeth Paton, said: “He was notoriously untidy. He was by far the most untidy man most people ever met. His flat was too much of a mess to be conducive to work in.”

A fire brigade investigator, said firefighters found the flat littered with papers and files, and Paton was lying close to the bedroom door.

“Most of the work surfaces were full of stuff. You could just about make out the shape of an electric hob,” he said.

Burn patterns indicated the fire probably started in or around the hob and spread to paper and then to a chair and “stuff on the floor”, he added.

An internal alarm was working and could be heard from the corridor outside the Bermondsey flat.

The Guardian reports that a postmortem examination found the lawyer died from carbon monoxide poisoning hastened by heart disease. Blood tests showed he was 1.5 times over the legal drink-drive limit and showed traces of the sleeping pill Zopiclone.

His ex-wife said Paton “was not a regular drinker, and rarely has he ever drank in my company”, but noted that he died a few days before Christmas, a time of “festive lunches” where drinking was common.

In a tribute read to the court, Elizabeth Paton said they had recently reconciled five years after their divorce, and her ex-husband had planned to give notice to his chambers within days and had been looking forward to working part-time from her Wiltshire cottage.

“Ian’s tragic death, coming when it did, has robbed him of so much anticipated and planned happiness. It has left Alexandra, my daughter, and me utterly bereft,” she said. “He was optimistic and very much looking forward to what we thought were going to be our golden years together.”