The UK 5 Tier Visa System: Everything You Need To Know 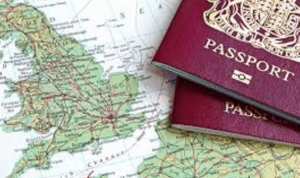 The Tier system is the main route for most migrants from outside of Europe wishing to work, study, train or invest in the UK.

It is essentially a points based, five tier system which is used in order to assess which category the migrants fall into. Their total points must reach above a certain minimum threshold (which varies from tier to tier) in order for their application to be successful. The different tiers through which it is possible to apply are as follows:

This tier is for those who are classified as high-valued migrants from outside the EEA (European Economic Area). To be able to qualify for a tier 1 visa, you need to fit into one of the following subcategories; exceptional talent, entrepreneur, investor, general, graduate entrepreneur.

Exceptional talent refers to those who are internationally recognised in the science or art field. Entrepreneur concerns those who wish to take over, set up or be involved in running at least one business in Britain.

An investor classifies as someone who wishes to make a substantial financial investment in the UK. General includes highly skilled workers, however this tier is currently closed. Graduate entrepreneur refers to individuals who have graduated from university in the UK and have been acknowledged for their innovative or entrepreneurial skills.

This visa category is for individuals who are believed to be skilled workers from outside the EEA, and have a job offer from a licensed sponsor inside the UK.

This tier has the following sub categories; general, minister of religion, sportsperson and intra-company transfer. General refers to skilled workers, who have been offered a job that cannot be filled by a person already settled in the UK. Minister of religion refers to people such as ministers, priests or missionaries who have a position in a faith based community inside the UK waiting for them. Sportsperson includes athletes and coaches who are internationally recognised as being at elite status, and on the highest level of competition. Intra-company transfer concerns employees who are already employed by multinational organisations and are transferred to a UK branch.

This tier was designed for low-skilled workers when there were temporary labour shortages, however it is currently suspended as of 2013. This is to prevent the entry of low skilled workers from outside the EEA.

This category is for international students, who can apply to enter the UK as a child student between the ages of 4 and 17 years of age, or as an adult student over the age of 18. The student must already have a place at a registered UK education establishment before they apply. Application can also be made for child or student visitors.

This tier is individuals who would like to become workers in the UK on a temporary basis. There are 6 subcategories to this section, which are creative and sporting, religious workers, charity workers, government authorised exchange, international agreement and youth mobility scheme. Creative and sporting covers athletes, entertainers and creative artists. Religious workers is migrants wishing to carry out faith based community work such as preaching, ministry or pastoral work.

Charity workers concerns those who wish to enter to carry out voluntary charity work. Government authorised exchange is for those who come to the UK under a programme that has been approved by the government which aims to promote the sharing of experience, knowledge and best practice.

International agreement refers to individuals who come to Britain under contract to do work that is covered under international law (for example the GATS agreement). Finally, the youth mobility scheme is aimed at young individuals who would like to experience what life is like in Britain.

Alice Porter is a freelance writer who writes on legal and other matters of public interest.[/vc_column_text][/vc_column][/vc_row]