The Truth about Legal Consequences for Drunken Driving 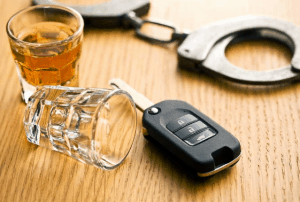 It effectively means driving or operating a vehicle by consuming alcohol or mind intoxicating substances like drugs or marijuana.

The laws that are drafted for DUI are aimed at preventing people from driving vehicles while being intoxicated. Mostly these laws are also known as drunk driving laws and they are applicable anytime a person is under of the influence of an intoxicant. When it comes to testing whether a person is intoxicated, the police officials utilize a number of methods. The most preferred method that they incorporate is known as field sobriety test in which a device called “breath analyzer” is used.

This device requires a person to blow through it by his mouth and the alcohol level in his blood is automatically registered. The other method for determining the intoxication uses blood tests of the suspected person.

As per a study conducted by CDC, in the United States alone there are 28 deaths that take place daily, which involve an alcohol impaired driver. Therefore it amounts to more than 10,000 deaths per year that involve drunk driving. Though the legal consequences of drunk driving differ from state to state, however most of them agree on a few punishments – license suspension, fines and fees, jail term and ignition interlock device (IID) installation.

So let us discuss these punishments one by one:

If you got caught driving under the influence of alcohol or drugs then it is likely that your driving license will be suspended. Even if you are exonerated from the criminal court, the license could still be suspended by Department of Motor Vehicles (DMV) on the basis of blood alcohol content of .08% or more. The duration of suspension of the licenses vary from state to state.

If a person is caught for the first time for the offense of DUI, some of the states have the provision of suspending the license for 30 days. But the suspension could be more serious and with longer period if anyone has been found guilty of DUI on multiple occasions. A person can also face the law if he/she refuses to take a chemical test whenever asked by an officer to do so.

The DUI accused usually attract fines and penalties whenever they are convicted. Some of the states in the US have stricter punishments even for the first-offense DUI. The fines on account of this can cost the driver as much as $500.

Apart from fines, there is also the provision of fees to be paid by the DUI offender. Some states ask the drivers to pay license reinstatement and court fees at the same time. The fees that DUI offenders have to pay on account of offense can be up to several hundred dollars.

Jail time is also a very crucial punishment that is awarded to the DUI convicts. Nearly half of the states in the US have a provision       of mandatory jail term for a first offense DUI conviction.

These jail term sentences being awarded to these offenders can typically vary from one day to several weeks. For multiple DUI offenses, the mandatory jail sentences are more common than the other way round.

A most common contrast in terms of jail term punishment is seen in the state of New Jersey where first offense DUI doesn’t require jail time, while the second and third time DUI offense requires 48 hours and 90 days respectively. If you happen to face a jail term for DUI, you will need to contact a bail bonds company to get out of the jail.

In the US some of the states have strict requirement that the DUI convicted drivers have to install ignition interlock devices (IIDs) in their vehicles. An ignition interlock refers to a device that stops a vehicle from starting if its driver is drunk. It works on the same principle as that of breath-analyzer, which measures the alcohol in a person’s system. Also the IID device requires breath samples at random intervals of time, which are rolling samples.

In the United States or anywhere in the world the incidents of drunk driving need to be curbed. The consequences of driving under the influence of alcohol or drugs can be grave for the victims as well as for the offenders. So the society at large should be sensitized for this menace because it could serve a good deterrent.

Hannah Porras is a teacher by profession and has experience of over 5 years. She has done graduation on Law. Latest technology and gadgets keeps her mind occupied besides her professional duties. An avid blogger, Hannah loves to read and write about how technology.

Share this article:
Previous Post: “Get Them Out!” Trump Order Could Be Incitement to Violence, Says Judge