The Robert Mueller investigation of the Trump campaign’s links to the Russians and their moves to closely examine the Trump Organization’s links also has lead the president to push-back against the Mueller legal team, which also has it’s fair share of stars.

So just who are on the Trump team?

Following the departure of Mark Corallo, who left after two months on the team due to evident frustrations over infighting that rivalled that in the West Wing itself, Team Trump had to be revitalized and the man leading the fight is DC lawyer John Dowd a la 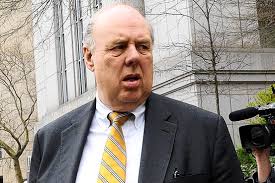 wyer who specializes in white collar crime and who rose to some degree of fame following his baseball investigations. The former Marine and Akin Gump lawyer practises now in his own firm.

He has previously represented Senator John McCain in an enquiry in which McCain was cleared of wrongdoing and the Dowd Report that put his name in lights.

Also leaving is Trump’s long-serving lawyer Marc Kasowitz who has fought many battles for his client, not the least being the Trump University litigation.  Although Kasowitz is a tough and smart operator, his limitations may be in his relative lack of experience dealing with congressional or Justice Department investigations, such as that facing the President currently.

Ty Cobb is another new member of the team, joining as special counsel at the White House to evidently oversee matters from the White House’s perspective with the Mueller inquiry and any matters arising from it.

making him an ideal candidate for working for the Trump camp.   Related to the famous baseballer, the mustachioed Cobb is highly regarded as a tough operator who “gets results the old fashioned way”.

Another key member of the team is well known to those watching the Trump Show on television, having appeared regularly for Trump on Fox News, CNN and elsewhere.  Jay Sekulow is the chief counsel at the American Center for Law and Justice, a conservative, Christian-based organization who has considerable experience arguing cases in the Supreme Court, as well as conducting cases on religious freedom and other conservative issues.  He also hosts his own radio show, regularly talking about the same issues and – of course – Donald Trump.

Next Post: The Future Plan For Digital Health Devices