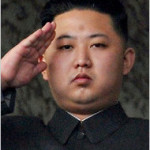 North Korea may be threatening to unleash a nuclear war on the US, but more sanguine heads are playing for South Korea as law firms from the US and the UK continue the trend towards opening offices in the recently opened lucrative law market.

The trend towards US law firms opening Asian bases continues with McKenna Long & Aldridge opening an office in South Korea after receiving regulatory approval from the South Korean government.

There is a growing list of US and UK law firms opening in South Korea, including Clifford Chance, Cleary Gottlieb, K&L Gates and O’Melveny & Myers

The growing demand for legal services in South Korea has seen a rapid growth in legal fees income for law firms who are increasingly dealing with a range of issues including commercial and intellectual property litigation, licensing and antitrust cases.

Under the Korea-US Free Trade Agreement, US firms can form alliances with Korean firms or enter into cooperative agreements to provide advice on Korean law in 2014. The Agreement provides that by 2017, they will be able to hire native Korean attorneys.

For many years foreign law firms were not permitted to open South Korean offices or practise domestic law, all of which changed with both the Korea-US agreement and the trade agreement with the EU in July 2011.

To date seventeen law firms from both the US and the UK have opened in South Korea.

A legal requirement requires that the head of a foreign law firm’s office must have spent three years working in the firm’s home country. There are far more Korean-speaking lawyers working in the US than in the UK, in part because of the large Korean-American community.

“By virtue of the demographics, it’s been advantageous for US law firms,” said Lee Yong-guk, head of the Korea practice at Cleary Gottlieb, which will open an office in Seoul later this year.

Peter Charlton, head of the Asia practice at Clifford Chance told the FInancial Times that the rule was “a factor in deciding who you put on the ground”, but added that the company would benefit from a closer relationship with its Korean clients.