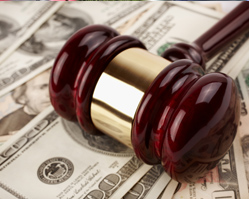 After four putative class actions were consolidated in New York federal court, the parties engaged in more than two years of litigation, including discovery and motion practice, before reaching a settlement via mediation. American Eagle agreed to pay a total of $14.5 million into a nonreversionary settlement fund for class member claims, administration expenses, class representative awards, and attorneys’ fees and costs.

The court granted preliminary approval in January and signed off on final approval of the deal in September. Class members will receive approximately $232 each, administration expenses topped $665,580, class counsel will receive more than $104,785 in costs and $4.35 million in fees, and a total of $10,000 in incentive fees will be paid to the four representatives.

More than 38,000 valid claim forms were submitted, the court said, with just nine members requesting to be excluded and six objections to the deal. Third-party defendant Experian Marketing Services objected to the agreement on the basis that the plaintiffs—by simply alleging a violation of the TCPA and nothing more—failed to demonstrate they had Article III standing.

Applying Robins v. Spokeo, the court reached the opposite conclusion, finding that the statutory violation alone was sufficient to establish a concrete injury.

“Plaintiffs’ receipt of unwanted and unauthorized telephone contact by an automated system is precisely the harm that Congress was trying to avoid when it enacted the TCPA,” the court said. “As such, Plaintiffs’ concrete injury is the invasion of the right created by the statute; their receipt of the telephone contact ‘presents a material risk of harm to the underlying concrete interest Congress sought to protect in passing’ the TCPA.”

Reviewing the other objections (two of which were withdrawn and one of which was untimely), the court found them “meritless.” The class notice was reasonable and adequate, the court said, and concerns about the settlement amount ignore “the very real litigation risks that Plaintiff faced,” particularly as the deal provides nearly 50 percent of the available statutory damages for a nonwillful violation of the TCPA.

Finding that all of the requirements of Rules 23(a) and (b) of the Federal Rules of Civil Procedure had been met and that the settlement amount fell “well within the range of reasonableness,” Judge Caproni granted final approval of the agreement.

Why it matters: The $14.5 million deal is only the most recent multimillion-dollar TCPA settlement, and as class actions continue to be filed under the statute, it likely won’t be the last.