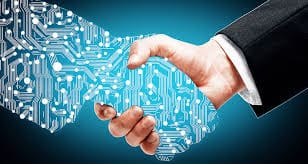 With all the talk of the effect of artificial intelligence and the manner in which it will reshape the future law firm, one Big Law firm has taken a fresh approach to handling the challenge – by asking the associates what to do.

Bryan Cave started thinking about all this in May when their chief innovation officer Katie DeBord joked to associates at as training retreat about the lack of preparedness for the onset of AI.

“We have not had a robot apocalypse,” she said. “You guys are not being replaced by robots. Now.”

The development of AI is rapidly changing the face of how law firms operate – there’s no question about that.  How far will it go?  To what extent can it replace the lawyers?

But the question rather is what to do about it – or how?  As Law.com reports, the firm started a program in 2013 to have associates meet for a two day training session on the future of the firm they will one day become partners in.

The associates who participate in the group are a self-selected group with an interest in technology and the changing business of law.

As reported by the Chicago Tribune (“What if the Lunatics Run the Asylum”) the associates are flown from Bryan Cave offices around the globe and told to cannibalize their partners’ business. A consulting firm was hired to draw illustrations that captured key moments during the two-day meeting.

The future depends on their ability to adapt. And partners need to learn to listen and empower them, the Tribune reported.

The firm’s “hack-a-thon” lets the associates present their ideas for new technologies, with the firm promising to spend  $10,000 developing the winning idea.

This year, associates gave a mock presentation to general counsel for an RFP, utilizing the pricing department, technologists and project managers.

Bryan Cave has used the program to instill within the firm with a receptiveness to new technology and has helped the firm twice win the Most Innovative Law Firm of the Year award from the International Legal Technology Association.