Riding Your e-Bike ‘Wherever’ You Want

Lewis Roca Rothgerber Christie – Bike ride, anyone?  Electric bicycles – e-bikes – are quickly growing in popularity as technology improves and prices fall, and regulations are working to catch up.  Currently, a patchwork of laws, regulations, and even definitions abound, confusing what types of bikes can be used where.

Generally, e-bikes, which have an integrated electric motor for propulsion, are classified in four categories in the U.S.:

But these definitions are not universally accepted.  Each state regulates e-bikes differently, federal regulations apply on federal land, and local governments apply their own laws.

In 2009, Colorado lawmakers passed rules allowing low-powered e-bikes – those limited to 750 watts and 20 mph – in bike lanes and on streets without the license, registration and insurance that motorcycles, scooters, and mopeds are required to carry.

But, local municipalities are allowed to govern whether the bikes can be used on bike trails with the pedal-assist electric motors turned on.  Adding to the mix, conservation easements granted using GOCO funds, for example, may prohibit the use of motorized vehicles on subject trails thus restricting e-bikes from those trails.  In general, Colorado’s laws allow Classes I and II on city streets and bike lanes, if local laws allow.  Few municipalities currently allow e-bikes on trails, a hindrance to the growth of this particular part of the cycling economy.

In addition to the patchwork of laws which govern, cyclists’ opinions on e-bikes are in a state of flux.   Some mountain biking enthusiasts may be adamant that e-bikes not be allowed on dirt trails, for example, while other cyclists note the utility of e-bikes on streets and paths as replacing car trips to the office or grocery store.

It is possible that Colorado’s legislature will re-engage this winter to clarify where e-bikes can be used in the state.  Colorado’s Director of Outdoor Industry, Luis Benitez, is a supporter of e-bikes and is pushing for the development of the industry in Colorado.  It will be interesting to see how this latest technology innovation adapts to the roads and trails and whether e-bikes will shape the cycling economy of the future.

Image Courtesy of: Conal Gallagher used under Creative Commons license (no changes were made to the image). 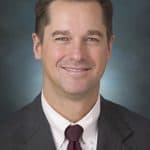