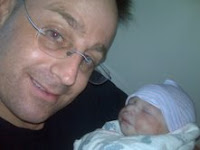 BREAKING STORY 11-28-08 (Los Angeles Injury Lawyer, Michael Ehline.)
Black Friday, November 28, 2008, will be remembered as a day in infamy, because of the deaths of innocent life, apparently, all over getting your Christmas gift first. Reminiscent of the recent case of Whitesnake, where in members of the audience were trapped in a stampeded as the concert hall caught fire, here, in the Wal-Mart stampeded, the consumers (“horde”) were trying to get into the business and not away from it.

There was a Wal Mart accident November 28, 2008, involving a stampede of people rushing into the story to get the best deals before everything was bought. At least one person was confirmed dead in that stampede. An employee suffered a wrongful death after being trampled and a woman suffered a horrible miscarriage after a horde of shoppers clogged the business entryway doors at Long Island, New York Wal-Mart, according to eye witnesses.

Mind you this is going on after the government says it will bail everyone out. So rather than be frugal, people are running out to buy big screen televisions? Anyways, I was in shock. So it turns out the Wal Mart employee injury was caused because the store clerk was trying to hold back the “customer”, who resembled something more like a mob. Over two hundred people ran the guy over as he tried to hold them back at 5 am in the morning, or 05:00 hours for all you military and police. Oohrah?

The potential tort liability of Wal-Mart in Black Friday Stampede Killings? At first, I thought it was a fluke, but then, two people were killed at a Toys “R” Us in Palm Desert according to the Riverside County Sheriff’s Department.

Now that makes me a Wal Mart stampede attorney, as well as a Toys “R” Us Wrongful Death lawyer in Los Angeles. But seriously, this is a strange phenomenon and there are an interesting array of potential liability issues that would need to be explored in each case to determine the potential tort liability of superstores like Wal Mart and Toys “R” Us.

Since I am only a California lawyer, I will explore the issue as if it had occurred in California. Here, the case would be filed as a workers compensation case on behalf of the estate of the decedent Wal-Mart employee, as against Wal-Mart, and there could be more money available if the acts of failing to protect the employees, or have proper security to keep out the mongrel hordes, for example.

There is also the issue of the patrons who actually killed the man. It seems like there is a murder case against all of them, since they all apparently caused and contributed to the death of the Wal-Mart Employee. The civil cases for tort would probably be the same. The real question here is identifying each defendant, and then suing them, and last but not least, whether or not there are any assets that can be recovered.

It could be a tough case. But it is worth a try. Now, there could be other defendants here too,m such as the manufacturers of the doors. Perhaps the doors were not strong enough, and when the people leaned into the doors, the they crashed open, killing the employee. If that had happened, there could be a design defect issue. But as you can see, there are many considerations in bringing a lawsuit in a case such as this, requiring a highly experienced tort law firm.

Here the issue is a dispute between customers as a Toys “R” Us, and is it possible for the survivors of the Toys “R” Us shoot out to recover damages for wrongful death as against Toys “R” Us? Conceivably, yes.

If Toys “R” Us knew or should have known this was a dangerous location, that there were prior similar incidents, etc., it had a duty to warn customers, as well as to provide security for the situation that store was in for its unique circumstances.

The next potential defendant, is obviously the shooter. Again, there is probably no insurance available, as the shooting was probably excluded under a liability insurance policy, since California public policy prevents insurance from covering intentional acts of a tortfeasor.

There may also be victims restitution ordered through the California criminal courts system. These Christmas killings were totally avoidable, and I pray for the souls of the dead and for the families who have lost loved ones. In all events, I hope you enjoyed this little analysis of the stampede killings at Walmart and Toy “R” Us. It is not be construed as legal advice, but a quick rundown on what my thoughts as an observing Los Angeles premises liability attorney are on the subject of potential tort liability Of Wal-Mart & Toys “R” Us in “Black Friday Stampede Killings.”

If you want to learn more, or ask me about another potential case, call my Los Angeles injury law firm at 888-400-9721

Next Post: How to Sue the U.S. Marine Corps. For Airplane Accidents