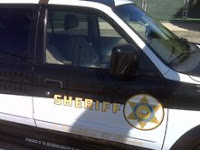 According to reports by pedestrian accident attorneys in Los Angeles, a man walking on the right hand side of the southbound lanes on the 405 Freeway in the area of West Los Angeles was struck and killed.

The California Highway Patrol reported that the man was walking in the vicinity of Olympic Boulevard at approximately 12:45 when he walked into traffic in front of a 2007 Nissan Altima. The driver, which has only been identified, as a 22-year-old female had no time to react before she struck the man, according to the California Highway Patrol and was traveling at 50 to 65 miles per hour. They also stated that the driver was not driving under the influence of alcohol or drugs at the time of the accident.

The name of the man who was struck has not been released; the California Highway Patrol did state that he struck the hood and windshield of the Nissan prior to hitting the ground. The man was pronounced dead at the scene of the accident and had sustained major head trauma.

According to California Highway Patrol Officer Anthony Martin there was also a seven or eight car pileup related to the pedestrian. This pileup in the area of the man struck encompassed four lanes of the 405 Freeway and kept it blocked for approximately two hours. The officer also stated that none of the other people involved in the accident were seriously injured.

Share this article:
Previous Post: A Dog Crossing The Street Chasing A Ball Can Be Disastrous For Bike Riders