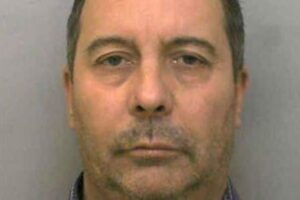 A senior English family lawyer who had changed his name and adopted the title of a phony peerage, is also a convicted paedophile registered on the sex offender register, raising serious questions as to how he was able to practice law at all.

Mark Grayson of the family law specialist practice Grayson’s Legal, was part of a paedophile ring during the 1970s and ’80s who was convicted in 2014 on a single count of indecent assault on a young boy.  He was then known as Mark Jales and subsequently has adopted the title of “Lord”, which is simply an affectation that was self-imposed.

Law blog Legal Cheek showed that the report on the assault at the time noted – “Churchgoer Jales — described by the boy as a ‘hanger-on’ — had laid out pornography on the bed before undressing the youngster and abusing him. ‘It was furtive and it was squalid,’ recalled the complainant.”

He was sentenced to one year in prison and served six months, following which he founded and became senior partner of “McKenzie Friends & Paralegals” service Grayson’s Legal. A McKenzie friend is a non-lawyer who assists litigants during court proceedings.

Legal Cheek reported that Grayson said: “I have served six months for a crime I didn’t commit. I set up this service all above board, and I want to get on with my life. I’ll be on the sex offender register until I’m 61. I think I’m being punished enough for something I didn’t do — don’t you?”