A UK study has found that one-third of law students regret taking their degree and even more found that the degree was not value for money.

The Student Academic Experience Survey had asked over 14,000 undergraduate students in the UK : ‘If you knew what you know now, would you have chosen another course?’, resulting in 31 per cent saying ‘definately’ or ‘maybe’.

Law degrees have been under fire in particular regarding job prospect issues in the US, UK and elsewhere, but the answers to the survey raised some eyebrows.

In terms of ‘value for money’, the survey showed as below – 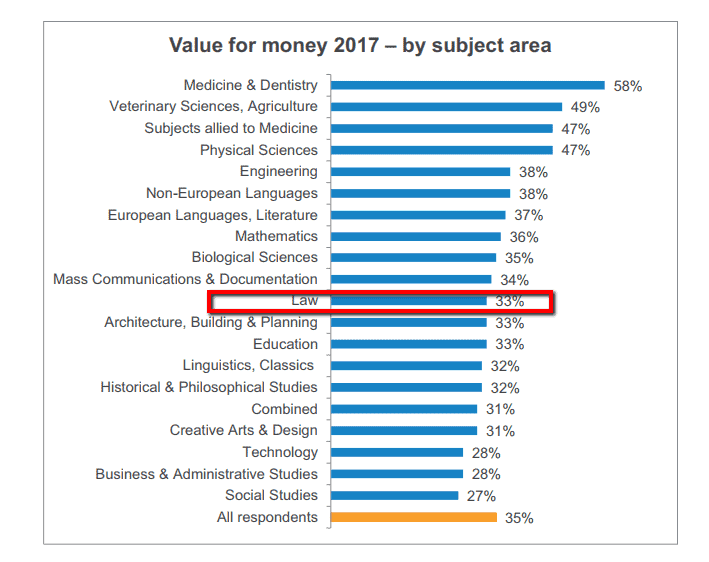 And in terms of whether the students would have chosen another course if they knew what they now know, the answers – 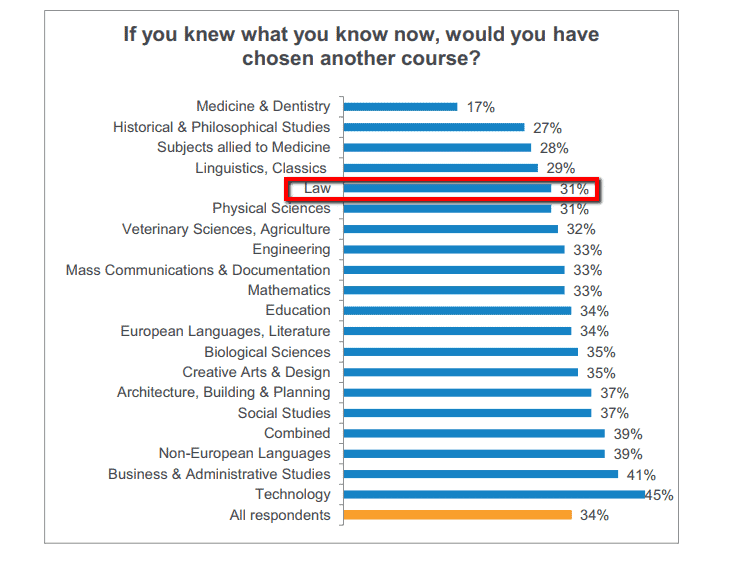 The survey showed that a small number in courses including social sciences, history, philosophy and others thought the courses were worth the money. The course value thumbs up was stronger in courses like medicine.

University surveys however can lack some precision, as noted in the Times Higher Education blog –

Firstly, often many students do not respond to requests for feedback. This can lead to unrepresentative feedback. While the NSS has a reported response rate of 68 per cent, this feedback is not specific to individual courses or lecturers. Some of the university course units that we have examined have had less than 10 per cent of students complete the feedback surveys.

Other issues arise also, such as the time required to complete the survey, the nature of the questions and indeed whether students can do things like even remember their lecturers –

One lecturer we spoke to explained how, in some kind of Kafkaesque nightmare, their course unit questionnaire asked students for feedback on the feedback that they had received on their work before they had actually been given the feedback.