So Who IS The NZ First Board? 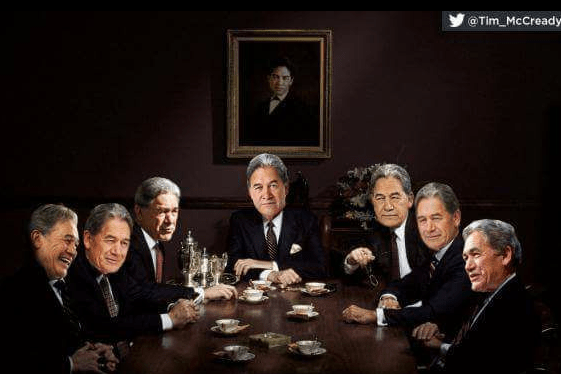 – As New Zealand’s parliament sits in legal limbo awaiting the decision of the hitherto anonymous NZ First Board, the identity of the board members can be revealed.
The secrecy around the board membership is something that has disappointed, if not angered many of the electorate who feel entitled to know who is making the decision as to the next New Zealand government.

However few have any doubts about where the power lies – with NZ FIrst leader and lawyer Winston Peters.

The composition of the board is not available on the NZ First website or on any other available document.

Radio NZ obtained a list of the board updated on 18 July, which shows the leader and deputy leader – Winston Peters and Ron Mark – along with director general Kristin Campbell Smith.

Some of the members are almost totally anonymous, such as John Thorn, about whom virtually nothing is known, and Claire Ashley, who is unknown in any capacity other than she is evidently an elected director of the NZ First Board.

Meanwhile, the faceless board continues to hold sway over the direction of New Zealand while the rest of us wait to see what they decide – in their secrecy.