New Zealand’s most powerful lawyers have been named with a woman, once again, heading the list of the country’s legal elite. 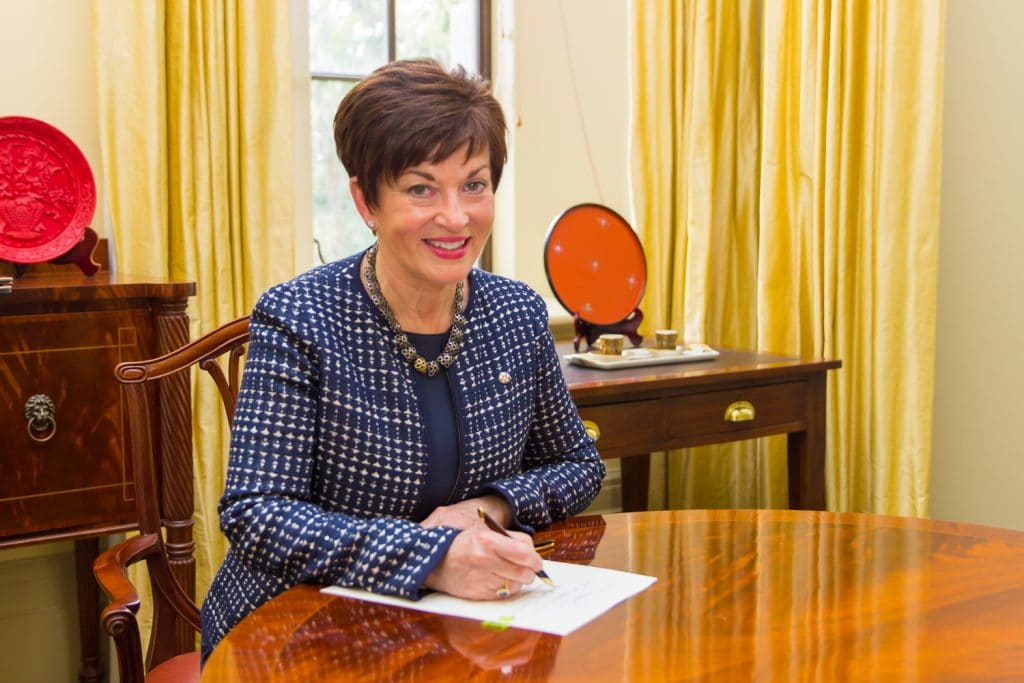 LawFuel’s Power List, in its third edition, was released this week with 50 of the country’s most powerful lawyers, excluding judges and politicians, and with Dame Patsy Reddy, the Governor General, once again heading the list.

There are, in fact, 13 women in the list, one third occupying the top 10, thus meeting the Gender Equitable Engagement and Instruction Policy guide.

The Power List includes barristers, corporate lawyers, government lawyers and academics and is compiled by LawFuel researching senior counsel to determine which lawyers exercise the most influence over the administration and practice of law.

The Power List also includes a list of New Zealand’s most ‘female friendly firms’
lead by DLA Piper with 38 per cent (8 women). Lane Neave is second at 37 per cent (9 female) and Russell McVeagh are third at 30 per cent (10 women)

Also of note is the 10 public servants making the list, male and female, eleven barristers and seven new entrants.

The fastest riser is a surprise re-emergence of Sir Geoffrey Palmer QC, whose work with the Constitution Aotearoa initiative, has raised his profile notwithstanding that the project will probably fail to gain significant traction.

Seven new entrants also make the list, including a former Chapman Tripp partner who holds a uniquely powerful role with the new government and a veteran lawyer whose background includes substantial restaurant ownership and a forebear whose name he attempted to clear for a grisly murder and New Zealand’s most powerful sports lawyer.

Share this article:
Previous Post: Expertise to be an Expert – What Does It Take To Be An Expert Investigator?

Next Post: Is the Cyber Security War Being Won?