The move seeks to have women taking the lead in 30 per cent of litigation, arbitration and related proceedings within one year.

The full release for the initiative is outlined below –

Lawyers and their clients are being urged to adopt a policy which requires them to commit to increasing the proportion of women lawyers leading court proceedings and other contentious matters.

The Gender Equitable Engagement and Instruction Policy is being launched tonight in Auckland and Wellington at the offices of law firm Russell McVeagh.

A number of leading corporate clients and law firms have already committed to the policy, which is being jointly promoted and managed by the New Zealand Law Society and New Zealand Bar Association.

A key objective is that by 1 December 2018 policy adopters will use reasonable endeavours to have women lawyers with relevant expertise take a lead on at least 30% of court proceedings, arbitral proceedings, and major regulatory investigations. 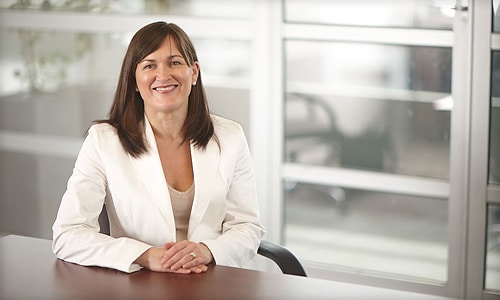 “It is time to put a stake in the ground. It is immensely encouraging that some of the major players in the provision of legal services and some leading corporate organisations are early adopters of the policy,” Law Society President Kathryn Beck says.

“Women practising as barristers are often at a disadvantage in obtaining work because of attitudinal mindsets among law firms and clients. This policy is aimed at driving cultural change and giving greater opportunities to women,” New Zealand Bar Association President-Elect Kate Davenport QC says.

Corporate clients, law firms, barristers, and other organisations, and others involved in the legal services industry will be able to adopt the policy by notifying the Law Society. Policy adopters will be required to provide a biennial confidential report to the Law Society of results and the measures taken to achieve the target.

Russell McVeagh partners Sarah Keene, Polly Pope and Sarah Armstrong have been involved in the policy’s development and believe it is an important step for the legal profession.

“We are very proud to support and adopt this powerful initiative which will be instrumental in driving positive, enduring change,” says Ms Keene.

The Law Society and Bar Association will actively promote the policy and the benefits of its adoption to New Zealand’s lawyers. Both have the policy and supporting information on their websites.

Contacts: The following are happy to provide further information or comments:

The policy is one of a number of initiatives which are underway to improve the retention and advancement of women within the legal profession. While it is recognised that making partner or being appointed Queen’s Counsel is not necessarily the goal of all lawyers, those are positions of power and influence. At present while there are equal numbers of men and women who are lawyers in New Zealand, 31% of partners and directors are women and 19% of Queen’s Counsel are women.

Under-representation at the top end of the profession is a visible barrier to women advancing in the law. It risks sending the message to young women lawyers that they have less opportunity for advancement than their male colleagues. This may result in a loss of talent which harms the legal profession as a whole.

The Gender Equitable Engagement and Instruction Policy builds on the New Zealand Bar Association’s Equitable Briefing Policy. This was first adopted in 2009, and the NZBA has worked to promote the advancement of women barristers since then.

Where the policy which is being launched now differs is that it includes solicitors as well as barristers. Lawyers in New Zealand practise either as barristers sole (who specialise in court work, do not operate trust accounts or practise in partnership) or barristers and solicitors (one phrase, but often referred to just as “solicitors”), who are able to appear in court also but are able to practise in partnerships or incorporated law firms and to operate trust accounts.

The new policy aims to cover all lawyers working in New Zealand, whether they practise as a barrister or as a solicitor. It also brings in a specific target of 30% of lead roles in court proceedings, arbitral proceedings and major regulatory investigations by 1 December 2018. The policy will be reviewed within three years with a view to increasing the target to 35% and considering its extension to other types of legal work.

The Gender Equitable Engagement and Instruction Policy also closely follows a policy which has been developed by the Law Council of Australia and which has been in place there since June 2016. Each of the State Bar Associations has adopted that policy, along with the Australian Bar Association (in October 2016).

The most recent iteration of the policy – including reporting against targets – has been championed by a number of significant corporate clients, as an initiative that supports their wider business diversity and inclusion initiatives. The policy is intended to support the development, progression and retention of women lawyers in firms and as barristers by giving them a fair allocation of work and lead roles in major cases and investigations.

Adopters: Clients (in order of adoption)

There is good anecdotal evidence that in the New Zealand legal profession women are not instructed as advocates as often as men and that, if they do appear in court, women are more likely to appear as junior counsel than as senior counsel.

The New Zealand Bar Association has received funding from the Law Foundation to carry out research on gender ratios of counsel appearing in the Court of Appeal and Supreme Court.

The objective of this research is to establish the extent to which male lawyers appear in these courts more frequently than female lawyers, and whether there is a different gender ratio for those appearing as senior counsel as opposed to junior counsel. This will enable both the Bar Association and Law Society to better target and measure the success of strategies to increase the role of women as courtroom advocates.