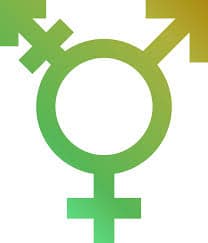 5Bradley Arant Boult Cummings – Male and female are no longer the only gender identifiers available, at least in two states. California’s Gov. Jerry Brown has signed into law the Gender Recognition Act which (1) allows individuals to identify as non-binary and (2) makes it easier for individuals to change their gender identifier in certain state records.

In the past, for a person to have their gender changed on a birth certificate or driver’s license, they had to present proof that they had undergone treatment to change their gender (with male and female as the only options) and have a court hearing.

The new law allows someone to change their gender simply by filing an affidavit under penalty of perjury that the request is to conform the person’s legal gender to the person’s self-identified gender identity. Under the new law, a person can attest to a gender identity of female, male or non-binary.

The law also specifically addresses California drivers’ licenses. In 2019, an applicant for a new license or a renewal can choose a gender category of female, male, or non-binary.

California joins Oregon as the only two states so far that have adopted this third category of gender.

How Will This Affect an Employer?

While neither the California nor Oregon laws appear to require employers to change any of their forms, the establishment of the new non-binary gender category may make the use of a universal form difficult if you have employees in those states.