My Method For Proving Disk Back Pain Caused By Car Accident 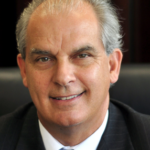 As an Ohio Car accident attorney I often help car accident injury victims with back pain get money from insurance companies. It is called justice. It gives me great satisfaction to help a harmed client get their life back together physically and financially. In order to do this it is critical to be able to prove that the injury ( in many cases a back or neck disk injury) was caused by the automobile crash.

Ultimately a doctor that treat’s my client is going to have to give me an opinion that the disk injury was caused by the car collision in question. I have to immmerse myself in the medicine regarding the kinds of disk injuries and the kinds of evidence doctors look at to see if it was caused by trauma or was there another cause, such as wear an tear or the natural aging process.

You need to know the difference between a bulging and herniated disc. As a bulge is more likely to be a common age related finding. ( Source Mayo Clinic ) Of interst is the illustration above (showing two vertabrae and one disk) calls it a bulging disk and I renamed it a herniated disk. Unfortunately many doctors use the terms interchangeably when they are two different entities. The bulge looks more like the disk appearing beyondthe confines of the vertabrae in at least 180%. whereas a herniation also sometimes called a protusion is more focal in size and shape.

In the illustration above the dick is pressing on the nerve in the low back. this normally will cause the nerve to be painful and as it goes down the leg the idividual would feel pain down the leg.

The Patient History Their Story Is Critical

What the patient says about how they were injured and what their pain was like is critical. If the pain went into the buttock or down the leg there is suspicion of nerve compression by a disk. Couple that with a history that there was no blow to the leg that could be causing the pain then the suspicion is that the disk has herniated and is pinching the nerve like our illstration.

When did the pain start in relation to the car accident or other traumatic event. If the pain started two weeks later in the back and two months later in the leg many doctors would not relate the disk injury to the car wreck. But if the injury in the back and the pain radiating down the leg was immediately or within a day or so of the event the evidence is stronger that the car collision caused the disk injury.

What was the past medical history of my client. Did they ever have back or leg pain before. If they did and it persisted the question becomes was the disk problem already there. Was there any past medical treatemnet for back or leg pain. If the pain was years before and went away and did not come back that can be seen as an isolated strain or sprain and not a disk issue. So past history is critical.

What Do All the Medical Records Say

People have a tendency to forget as time goes on the pain they had if it was inconsequential. In a few cases some claimants get scared and lie. That kills a case and rightfully so because their credibility is compromised. So it is important to gather past medical records from family doctors as well as from any orthopedic doctors. If there is no indication of any back complaints then the case is stonger for the current trauma a being the cause of the problem.