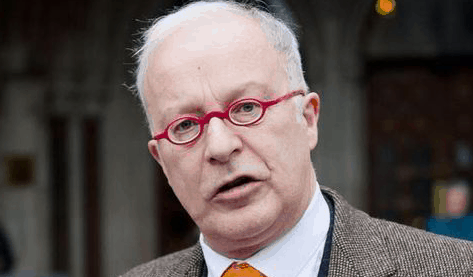 Shiner is a former Public Interest Lawyers solicitor who was found guilty on five counts by the Solicitors Disciplinary Tribunal who ordered him to pay interim costs of £250,000.

But Mail Online columnist condemned the profession too for Shiner’s transgressions, who he says had lauded the lawyer from on high, including some of Britain’s top lawyers,  such as High Court judge Rabinder Singh QC.

Written by Stephen Glover, the piece presented a number of reasons why the law profession should stand guilty, saying:

. . lawyers are an increasingly dominant force in this country, not least because Britain now boasts more of them per head of population than almost any other nation.

They are supposed to defend and uphold the law, yet more and more they are renowned for being consumed by a desire to make barrow-loads money in order to feather their own nests.

Sometimes, their fees can run into the millions of pounds for a single trial. Their fondness for money is matched, not infrequently, by their sense of self-importance.

The columnist refers to Shiner’s case, being a high profile lawyer who brought spurious claims against British servicemen.

In 2007, he was named solicitor of the year by the Law Society, the professional body in England and Wales that represents solicitors.

The number of solicitors for which this organisation speaks, by the way, has trebled from 44,000 in 1980 to 133,000 today as we become an increasingly litigious, lawyer-driven society — with lawyers naturally being the main beneficiaries.

Even as the Mail raised deeply disturbing questions about Shiner’s integrity and motives, he was being praised by solicitors’ official publication, the Law Society Gazette.

In a Trump-style attack, Glover attacks the judiciary who are increasingly “throwing its weight around” and also questions their neutrality.

But his points also have points – such as the enquiry into press ethics.

And yet while an elaborate judicial inquiry was set up to look into ‘the ethics of the Press’ — under a senior judge, needless to say, in the shape of Lord Justice Leveson — no one has suggested it might be a good idea to hold an inquiry into the ethics of lawyers.

On the subject of Leveson, it subsequently emerged that one of the inquiry’s lawyers — an attractive married lady — was having an affair with a bouffant-haired barrister acting for Hugh Grant, the press-hating actor.

Goodness knows what cooings between the two took place while the inquiry progressed, but a later probe by the Bar Standards Board — surprise, surprise! —cleared the pair of misconduct. But then the degree to which lawyers police themselves in secret can be breath-taking. When Ben Emmerson QC was accused last year of sexually assaulting a woman in a lift at the offices of the Independent Inquiry into Child Sex Abuse, Matrix Chambers (for which he works) asked former High Court judge Sir David Calvert-Smith to investigate.

After Sir David had interviewed Emmerson, he concluded ‘without hesitation’ that the lawyer was innocent of any sexual impropriety.

The attacks were intense, but some may be justified.  Glover claims the profession is “the last unreformed vested interest group.”

It provoked some combination of outrage and soul-searching (perhaps), but the law profession’s dominant role in UK society remains undiminished – just tarnished.