What Lessons Can Be Learned from FinCEN’s Latest Enforcement Action in the Gaming Industry?

Blank Rome – Licensed gaming and other entities required to comply with the Bank Secrecy Act should be aware of this recent FinCEN enforcement action, and they must ensure that their compliance programs address the lessons outlined in this Alert.

On October 3, 2016, the Financial Crimes Enforcement Network (“FinCEN”) assessed a civil monetary penalty of $12 million against Cantor Technology, L.P. d/b/a Cantor Gaming (“Cantor”), pursuant to the Bank Secrecy Act (“BSA”) and its regulations, with which casinos are required to comply.

In addition to the fine, Cantor is required to undertake remedial compliance measures and pay $16.5 million to the Department of Justice to settle a parallel investigation (a portion of the FinCEN fine was offset by this payment).

Cantor operates race and sports books in Nevada, offers mobile gaming within Nevada, and provides gaming technology to casino customers globally. It is licensed to operate at prominent Nevada establishments, such as the Hard Rock, Tropicana, Venetian, and Palms. Its books are associated with high dollar value wagering and are popular with professional gamblers.

FinCEN determined that from the day Cantor opened for business in 2009 through 2015, it willfully violated BSA requirements by failing to: (a) implement and maintain an effective anti-money laundering (“AML”) program; (b) report certain suspicious activity; (c) report certain transactions involving currency in amounts greater than $10,000; and (d) keep appropriate records as required by the BSA and its implementing regulations.

This latest gaming industry FinCEN assessment shows that AML compliance is not an abstract exercise. Here, even though Cantor had a written AML policy in place at all times, performed regular evaluations, and implemented training and auditing programs, the mere existence of such compliance measures was not enough. FinCEN’s assessment of Cantor shows that an AML policy, and related enforcement measures, must be tailored to, and revised in a way that reflects the types and volume of business being undertaken.

Procedures must conform to those business activities a gaming licensee is actually engaged with, and superfluous or obsolete measures should be disregarded. Similarly, when risk assessments are made, they should reflect the actual products and services currently being offered, and should not be unduly influenced by expectations concerning planned future developments.

Employee training must be mandated, and mechanisms should be in place to compel attendance at training programs. Finally, if BSA compliance auditing is going to be performed internally, it must be performed with the same rigor and independence as would be expected from an outside consultant, so there is sufficient follow through to rectify any failures that may be discovered.

FinCEN’s assessment of Cantor makes clear that BSA compliance programs must be more sophisticated and grounded in fact, and that simply having a policy in place is just not enough. 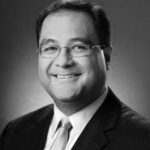