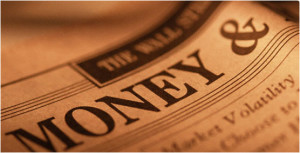 On November 8, 2017, a bipartisan group of legislators led by U.S. Sen. John Cornyn, R-Texas, and U.S. Rep. Robert Pittenger, R-N.C., alongside co-sponsors including U.S. Sen. Dianne Feinstein, D-Calif., introduced parallel legislation in both the Senate and House of Representatives to update and strengthen the legal authorities of the Committee on Foreign Investment in the United States (CFIUS) to review inbound foreign investments and other transactions between U.S. businesses and foreign entities.

The revised CFIUS authorities are an attempt to address growing concerns that foreign entities may be using acquisitions of and partnerships with U.S. businesses to chip away at American technological leadership.

Recent reports from the President’s Council of Advisors on Science and Technology and from the Department of Defense have discussed these concerns and urged Congress to consider expanding the scope of CFIUS reviews.

The revised CFIUS authorities are an attempt to address growing concerns that foreign entities may be using acquisitions of and partnerships with U.S. businesses to chip away at American technological leadership.

If passed, FIRRMA would bring many additional types of transactions under the committee’s purview, establish mandatory notification for certain transactions, strengthen CFIUS oversight during the review process and extend the time frame for CFIUS reviews. Several of the new provisions would become effective immediately for “covered transactions” (i.e., transactions within the jurisdiction of CFIUS) not yet under review or investigation by CFIUS; others require the Department of Treasury to promulgate new regulations before taking effect. While Chinese investments and partnerships have received particular scrutiny, the bill would be broadly applicable to all covered transactions with all foreign entities. If the bipartisan bill does become law, it would have profound impacts on dealmakers planning cross-border transactions.

Expanding the Set of Covered Transactions. As Skadden has previously advised, various Trump administration officials, including Commerce Secretary Wilbur Ross, Treasury Secretary Steven Mnuchin and Defense Secretary James Mattis, have expressed concern with the limited scope of CFIUS’ authority to review transactions. FIRRMA would address these concerns by broadening the transactions subject to CFIUS’ review beyond only acquisitions of control in U.S. businesses. Though a new defined class of “passive investments” would be excluded from CFIUS jurisdiction, CFIUS would be explicitly authorized to review a number of new types of transactions between U.S. businesses and foreign entities, including:

joint ventures and strategic partnerships;
certain licensing agreements;
noncontrolling investments in U.S. critical technology companies and critical infrastructure companies;
purchases or leases of public or private real estate located near sensitive U.S. government properties; and
other types of acquisitions pursuant to regulations drafted by CFIUS.
CFIUS would have the authority to review any of these newly covered transactions so long as they are proposed, pending or completed on or after the date FIRRMA is enacted.

Under current law, parties generally file a joint voluntary notice to begin the CFIUS review process; reviews of nonfiled transactions are comparatively rare. FIRRMA expands the CFIUS notice options by adding a “short-form” declaration that can be filed to ascertain whether CFIUS has sufficient interest in a given transaction to request a full notice and review. In certain circumstances, the bill makes the filing of these short declarations mandatory.

FIRMMA contemplates a declaration of five pages or fewer, with a form to be prescribed by regulation. While declarations may be shorter than formal written CFIUS notices, FIRRMA does not obligate the committee to consider them within a specific time frame, but rather to endeavor to review them within 30 days and determine whether further review is required.

The bill requires submission of a declaration for transactions in which a foreign government owns at least a 25 percent voting interest in the acquiring entity, and that entity acquires at least a 25 percent interest in the target U.S. business. Furthermore, the bill grants Treasury the authority to write regulations that make additional declarations mandatory based on factors that include:

the technology, industry, and economic sector or subsector of the U.S. business;
the difficulty of remedying the harm to national security resulting from the consummation of the transaction; and
the difficulty of obtaining information on the type of covered transaction involved through other mechanisms.
The bill would permit parties to submit a formal written notice in place of a declaration, should they prefer to proceed directly to a formal review. The bill would also empower CFIUS to impose civil penalties on parties that do not comply in a timely manner with the mandatory notification requirements.

Much of the bill focuses on potential foreign party access to a newly defined set of critical technologies. These include technologies CFIUS already considers within the scope of its review, such as export-controlled technologies and certain controlled biotechnological and nuclear goods. In addition, the new bill emphasizes the consideration of “other emerging technologies that could be essential for maintaining or increasing the technological advantage of the United States” over other nations.

An additional component of the committee’s analysis under the new bill would be the transaction’s nexus with “countries of special concern” — i.e., those that “pose[] a significant threat to the national security interests of the United States.” CFIUS will not be required to maintain a list of these countries but will have the flexibility to analyze a particular transaction through a country-specific lens in conjunction with other risk factors. At the same time, CFIUS, by regulation, may exempt certain covered transactions from review if each foreign person involved in the transaction is organized under the laws of a nation whose defense and foreign investment policies align with those of the United States.

Expanding the Set of National Security Considerations. The legislation further expands the factors the committee will consider when analyzing the potential impact of a transaction on national security. Notable additions include the “potential effects of the covered transaction on United States international technological and industrial leadership” in national security areas and the perceived cybersecurity threats posed by cross-border transactions. In practice, many of these factors are already routinely considered by CFIUS, so the effect of this change may be minimal.

FIRRMA would maintain CFIUS’ broad authority to mitigate the risk posed by covered transactions but would also provide CFIUS with the authority to suspend a transaction while it is under review. It would, however, also require the committee to more carefully document its use of mitigation powers.

Finally, if a transaction is cleared with mitigation terms or conditions, CFIUS would be required to establish a written plan for monitoring compliance with the agreement. The proposed legislation also directly contemplates the use of independent, third-party entities to monitor compliance — an increasingly common component of mitigation agreements under the current statutory framework.

The bill would require CFIUS to establish a monitoring mechanism to identify covered transactions that were not submitted for CFIUS review and for which information is reasonably available. In addition, the bill expands the scope of CFIUS’ right to review nonfiled transactions by striking intentionality qualifiers from the review of previously reviewed or investigated transactions. This would expand CFIUS’ ability to revisit transactions in which the parties are in material breach and thus lower the bar for overcoming the “safe harbor” restricting reviews of previously cleared transactions.

The bill would establish a fee for CFIUS submissions, set at the lesser of 1 percent of the value of the transaction or $300,000 adjusted annually for inflation. In addition, the bill would lengthen the initial review phase from 30 days to 45 days and under some circumstances would permit the secondary investigation phase to be extended for one 30-day period. Thus, the combined review and investigation process could total 120 days from acceptance of the CFIUS notice. While increased resources should enable CFIUS agencies to increase staff and speed certain processes, FIRRMA does not directly address the amount of time CFIUS can take to review a filing prior to acceptance.

FIRRMA explicitly limits the scope of judicial review to allegations by a party to a notice that a CFIUS action is “contrary to a constitutional right, power, privilege, or immunity.” This provision responds to Ralls Corp. v. Comm. on Foreign Inv. in the U.S., 758 F.3d 296, 307 (D.C. Cir. 2014) by regulating both the procedural rights and the set of claims available to parties looking for judicial relief from CFIUS decisions.

Key Takeaways
FIRRMA would expand CFIUS’ jurisdiction to a wide set of commercial transactions, require it to examine a broader array of technologies and industries, and extend its review process. The consequences for transactions between domestic and foreign parties would correspondingly be far-reaching, and careful structuring will be paramount. The increased complexity of the mitigation process will also require more negotiation between CFIUS and parties and may result in more transactions subject to CFIUS mitigation or CFIUS block. The additional resources and new hiring authorities made available to CFIUS under the bill will expand the committee staff, which may alleviate the procedural delays currently prevalent at CFIUS but also may increase the depth and sophistication of reviews.

Transaction parties are advised to approach cross-border investments and commercial opportunities by proactively addressing CFIUS issues early in the transaction:

Investors in critical technology sectors will need to prepare for thorough CFIUS investigations.
Strategic and joint venture partners, as well as commercial parties entering licensing agreements, will be required to consider CFIUS issues early in their commercial negotiations.
Parties making nonstrategic investments may place more emphasis on passive investments — those that do not grant control of companies or access to critical technologies — as one of the few exceptions to CFIUS review.
Parties that attempt to avoid CFIUS review will face higher costs and a lower likelihood of success.
In addition, entities from “countries of special concern” will face steep hurdles in partnering with U.S. businesses. The use of this new designation will be fleshed out in the Treasury regulations; investors and strategic partners from nations whose interests may be adverse to those of the United States should monitor the development of these regulations closely.

Despite the expansive new authorities, the authors of the bill have been clear in stating that FIRRMA does have limits. The bill would not impose a ban on Chinese investment in the U.S., automatically block any particular transaction or require CFIUS to consider economic impacts or investment reciprocity.

Should the bill pass, dealmakers will have time to acclimate to the most sweeping portions of the new statute. Many portions of the legislation will only take effect 30 days after publication of new Treasury regulations in the Federal Register. However, provisions relating to the length of reviews, the suspension of transactions during a review, some definitional changes and amendments to the mitigation process will become effective immediately upon passage.

This memorandum is provided by Skadden, Arps, Slate, Meagher & Flom LLP and its affiliates for educational and informational purposes only and is not intended and should not be construed as legal advice. This memorandum is considered advertising under applicable state laws.

Next Post: Slaughter and May is advising Legal & General on the sale of its Mature Savings business to Swiss Re for £650 million