Lawyers and Social Media – Where Is Your Firm? 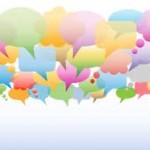 Google and SEO experts are increasingly focused on “social signals” – the amount of time and effort that your firm puts into the various social media that increasingly play an important part in Google’s ranking for websites.

The use of social media sites like Facebook, Twitter, LinkedIn and other social signals, including the time firms have spent on such sites, their fans, their contacts and their following, are all components of the Google revised algorithym that increasingly takes into account the footprint left by sites online with social sites.

The longer lawyers leave their social activity the more disadvantaged they are in terms of getting their profile heightened online.

A LexisNexis video reveals some of the key points firms need to be aware of when using social media.

The other important point that emerges from an analysis of changing online trends is the increasing importance of having mobile-enabled websites.

A recent survey showed that only 27 per cent of firms in the US had mobile websites but more people than ever are going to be using a tablet or some hand-held device.

Google consider that by the end of 2013 half of all searches on Google will be on tablets and smart phones, all of which means law firms need to pay more attention than ever to being online, socially active and with mobile-enabled devices.