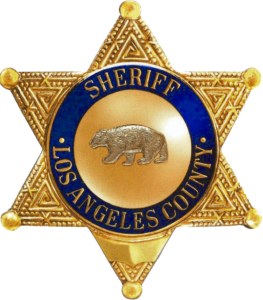 LOS ANGELES – Federal authorities this morning arrested a South Los Angeles man who allegedly made a series of online threats to kill law enforcement personnel and others at the Los Angeles Superior Court’s Inglewood Courthouse, a nearby school and a private business.

Hale is expected to be arraigned on a 10-count indictment this afternoon in United States District Court in downtown Los Angeles.

The indictment alleges that Hale sent the online threats over several days in May 2017 to the Los Angeles Sheriff’s Department’s Court Services Division website. Some of the threats invoked ISIS, but authorities have not uncovered any evidence linking Hale to international terrorism. The threats specifically alleged in the indictment are:

· “Our brotherhood will celebrate today when allah sets the explosives planted in Inglewood sheriff vehicles at Inglewood court,” which was sent on May 12. This threat prompted the evacuation of the Inglewood Courthouse, and the LASD’s Arson and Explosives Unit and the Threat Interdiction Unit responded.

· Two similar threats sent on May 15, one of which read, in part: “Allah willing we will be able to take out as many officers that pull out your parking structure. It will be a plus to take part of your american school across the street. ISIS will have revenge today.” Law enforcement again responded to the Inglewood Courthouse, which was not evacuated after a threat assessment.

· Two threats made on May 16, one of which read: “Item under deputy car. Impact for half city block. 6 hours to locate it. At Inglewood sheriff station. If you have units out better call them back in.” These communications again prompted a significant response by law enforcement and evacuation of the Inglewood Courthouse.

In addition to these threats, Hale allegedly sent a threat to a private business through its website on May 23 that read: “All praises to Allah. Today, we will detonate an explosive at your La Brea and Arbor Vitae location if our needs aren’t met by your company. ISIS.”

The indictment further alleges that on May 25 Hale submitted bogus information to the FBI’s “Tips and Public Leads” webpage, despite a warning posted on that webpage that submitting a false tip could result in a fine and/or imprisonment. In the submission, Hale allegedly made the false claim that he knew a man who “would supply ISIS with explosives even planting them for them” and who had received instructions from ISIS “to send inglewood sheriff department bomb threats via email.”

An indictment contains allegations that a defendant has committed a crime. Every defendant is presumed innocent until and unless proven guilty in court.

If Hale were to be convicted of the charges in the indictment, he would face a statutory maximum sentence of five years in federal prison for each of the 10 counts.

The investigation into Hale is being conducted by the FBI’s Joint Terrorism Task Force and was led by special agents with the Bureau of Alcohol, Tobacco, Firearms and Explosives, and the Federal Bureau of Investigation.

This case is being prosecuted by Assistant United States Attorney George E. Pence of the Terrorism and Export Crimes Section.