The Court of Appeal’s New Judge Joe Williams: Could He Be New Zealand’s First Chief Justice 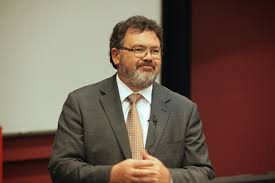 Newly appointed Court of Appeal Judge – “Matua Joe” to many – Justice Joe Williams is the Court’s first Te Reo speaker but also a Maori lawyer who has confronted issues relating to how indigenous people relate to the Western legal system.

And he raises the possibility of being the country’s first Maori Chief Justice, following the retirement of incumbent Dame Sian Elias.

Justice Joe Williams has been the chief judge of the Māori Land Court, chaired the Waitangi Tribunal, a justice of the High Court before his elevation to the Court of Appeal.

In an interview on Radio New Zealand, he said he was inspired by early contemporaries at university including Māori lawyer Annette Skykes and Shane Jones.

“We’ve got to a point where the changes over the last generation have produced a kind of critical mass of Māori legal talent.”

“We’ll see that slowly making its way through the pipeline over the next generation I think, which is great.”

“There are lots and lots of Māori law students now, hundreds in fact, and dozens graduating every year” In 1988, he graduated with a Masters of Laws with honours from the Univeristy of British Columbia, Canada.

“I discovered the idea of aboriginal title, of aboriginal self governance which was very mainstream in Canada … and brought them back to New Zealand.”

Justice Williams worked on major treaty claims in his role on the Waitangi Tribunal such as the Wai 262 claim which looked at law reform affecting Māori culture and identity.

As historical claims come to a close, he said the next issue was working out how the treaty fitted into modern law policy.

“I think there’s a big conversation to be had both within the community and within the government about the role of a treaty specialist tribunal once historical claims are completed,” he told RNZ.

But could Joe Williams become the first Maori Chief Justice of New Zealand?

His elevation shows its possible.  And as Maori law writer and consultant Joshua Hitchcock wrote in The Spinoff, “here are few legal minds as sharp and as inquisitive as Joe Williams and his appointment in 2019 would be a wonderful, and thoroughly deserved, promotion.

“At the very least, the life’s work of these two towering tōtara of the Māori legal profession, and the wider legal profession that they represent and are a part of, deserves greater public recognition.”

Next Post: NZ Public to Have Their Say on EQC Inquiry