Tweeting Trump’s Wiretap Woes Lead to the “I” Word – Again 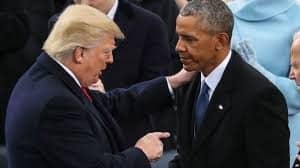 Former Nixon lawyer John Dean is once again on Trump Attack, saying the President is “way off base” after his Obama wiretap claim.

“It shows, first of all, that Trump may not even understand Watergate,” Dean said to CNN. “He seems to be conflating the act of the wiretapping, which never happened — in fact, it was a bungled effort, they went in to try to repair a bungled bug, and Nixon had nothing to do with that. He’s confusing that with the coverup, which he seems to have a little more understanding projecting himself into that situation.”

Dean later added that he believes the accusations made by Trump are libelous.

During the same interview, historian Douglas Brinkley added that if anyone is similar to Nixon, it’s actually Trump who is “Nixonian” in the way he uses the media to lash out, to blame and to derail attacks upon himself.

Tribe is currently part of a group suing the President for violating the US Constitution’s Emoluments clause.