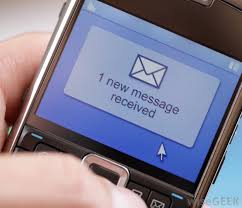 Joon H. Kim, the Acting United States Attorney for the Southern District of New York, announced that FRANCIS ASSIFUAH, a/k/a “Francis Assif,” was sentenced today to 33 months in prison for participating in a massive scheme to defraud consumers by placing unauthorized charges for text messaging services on their cell phone bills, through a practice known as “auto-subscribing.”

Through their fraudulent scheme, ASSIFUAH and his co-conspirators charged millions of mobile phone customers $9.99 a month for unsolicited, recurring text messages about topics such as horoscopes, celebrity gossip, and trivia facts, without the customers’ knowledge or consent. The fraud resulted in the theft of over $100 million from consumers throughout the United States. ASSIFUAH pled guilty to his role in the fraud on February 7, 2017, and was sentenced today in Manhattan federal court by the Honorable Katherine B. Forrest.
To date, four additional defendants, Andrew Bachman, Lin Miao, Michael Pajackowski, and Erdolo Eromo, have pled guilty in connection with their participation in the fraud, and one additional defendant, Fraser Thompson, was convicted by a jury on September 5, 2017, following a three-week trial.
Acting Manhattan U.S. Attorney Joon H. Kim said: “Francis Assifuah and his co-conspirators charged millions of cell phone customers for text message services they never signed up for, ultimately reaping more than $100 million from their scheme. Together with our law enforcement partners, we are committed to uncovering and prosecuting schemes that defraud consumers.”

According to the Indictment filed in Manhattan federal court, other court documents, and statements made in connection with ASSIFUAH’S guilty plea and sentencing:

ASSIFUAH is a former employee of Mobile Messenger, a mobile “aggregator” that compiled, or “aggregated,” charges for premium services – such as monthly horoscopes, celebrity gossip, and trivia facts – on consumers’ mobile phone bills. In the auto-subscribing scheme, Mobile Messenger worked with multiple different “content provider” companies, which sent consumers the unwanted text messages that ultimately resulted in the consumers being charged for services they had not authorized. Those content providers included a company called Tatto Media, which was operated by Miao; companies called CF Enterprises and DigiMobi, which were operated by Eugeni Tsvetnenko, a/k/a “Zhenya”; and a company called Bleam Technology, which was operated by ASSIFUAH.

While he was working at Mobile Messenger, ASSIFUAH worked with and befriended Eromo. In early 2012, Eromo approached Pajackowski, a fellow Mobile Messenger employee, and asked to participate more actively in the auto-subscribing activities that Pajackowski and others were engaging in with Tatto Media. After Pajackowski told Eromo there was no room for him in the Tatto Media auto-subscription, Pajackowski suggested that they recruit another content provider with technical expertise to help them expand the scheme. Eromo then met with ASSIFUAH at a trade show in Las Vegas and presented him with the plan to auto-subscribe, using Bleam Technology as the content provider. By the time Eromo returned from the Las Vegas trade show, ASSIFUAH had agreed to become involved in auto-subscribing. Shortly thereafter, Eromo, Pajackowski, and ASSIFUAH began to auto-subscribe consumers through Bleam Technology, using Mobile Messenger as the mobile aggregator.

The auto-subscription scheme, through all of the content providers that it involved, affected millions of consumers and generated over $100 million in criminal proceeds.
* * *

In addition to the prison sentence, ASSIFUAH, 44, of Las Vegas, Nevada, was sentenced to two years of supervised release.

If you believe you were a victim of this crime, including a victim entitled to restitution, and you wish to provide information to law enforcement and/or receive notice of future developments in the case or additional information, please contact the Victim/Witness Unit at the United States Attorney’s Office for the Southern District of New York, at (866) 874-8900. For additional information, go to http://www.usdoj.gov/usao/nys/victimwitness.html.
The prosecution of this case is being handled by the Office’s Complex Frauds and Cybercrime Unit. Assistant United States Attorneys Sarah E. Paul, Richard Cooper, and Jennifer L. Beidel are in charge of the prosecution.
17-297