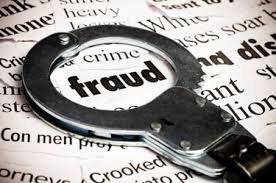 Financial fraud is an unfortunate side effect of the convenience of storing information such as passwords, social security numbers, and banking details on your computer.

It also can happen as a result of user error, especially if you aren’t properly versed in detecting when you may be getting scammed. Often, the scammers of credit card fraud aren’t even caught.

Financial fraud doesn’t discriminate when it comes to its victims. In 2017, we have seen some strong cases of people and companies affected by deceptive methods of obtaining information, and therefore money. Below, we take a look at financial fraud in 2017 to better prepare ourselves for 2018.

With a natural disaster comes a collective moral duty of those not affected to help out in any way they can — and 2017’s Hurricane Harvey was no different.

Often anticipating the donation of money to charitable organizations, fraudsters will use this against you, taking advantage of your kindness. A con man’s depravity knows no bounds; they will set up fraudulent websites depicting a charity which you can donate money to, in which a concerned citizen could either unknowingly release sensitive financial information online or cut a check out to a thief.

Another immoral scam deployed to take advantage of an already down-on-their-luck community is what is infamously called the “storm chaser” scam.

Storm chasers are exploitive “repairmen” and “car salesman” who promise a service while requiring money up front. It may seem like a good idea, as your property insurance can be confusing, but once you pay them the money, you’ll never hear from them again. Or they may sell you a lemon of a car — some even obtaining flooded cars and sell them to the public, not disclosing the damage.

More and more businesses are storing their company and client data as electronic media, and any vulnerability, no matter how small, will be recognized by ever-watchful hackers.

These thieves have various methods, including physically accessing your servers to externally exploiting vulnerabilities in software you use to store passwords, banking information, your social security number, and virtually any sensitive information that can lead a hacker to money.

This year, one of the largest credit agencies fell victim to hackers when Equifax was hit, exposing 143 million people’s sensitive data.

Hackers took advantage of a vulnerability in the company’s software, gaining access to names and social security numbers, driver’s license numbers, addresses, and credit card details, as well as other information. The Equifax data breach this year is one of the biggest yet.

A new method to financially fraud the public is born as quickly as solutions are coming up to combat the last one. It is important to detect the methods and patterns of financial fraud to prevent the wrongful access of company and personal information.

As a general rule: if it sounds too good to be true, it probably is. In other words, virtually no one will promise to send $1 million tomorrow for $1,000 today — except for a scammer, who will take your $1,000 and never be heard from again. Another strict rule to follow when checking suspicious emails is never to click and open the links or attachments.

Those files can contain malware, weakening your computer’s security, and presenting an opportunity for a hacker to access information.

Another preventative measure is to never give out your PIN number or passwords. Trust your instincts as to whether or not you need to give sensitive information out. In the case of donating to a charity, do your research before you send out bank details or money. Check to see if it is, in fact, an actual charity.

Check the website for any inconsistencies, cross-reference information, and see what people say about it on the “charity’s” social media page.

Financial fraud will bite the careless, but it can even affect the most careful. You should even be cautious in an electronic transaction or agreement that involves a signing process. There are many ways in which a hacker or scammer can obtain information from you, and the wrongful use of this information can lead to a minor inconvenience, like causing you to call and freeze your credit cards, or it can lead to a major financial setback.

Hackers and con men have no preference as to where, or who, they can get money from. Financial fraud has affected hundreds of millions of people in 2017 alone.

It is crucial that you keep all of your information safeguarded and know when to disclose personal information that, if fallen into the wrong hands, could be detrimental to you.

Now that we have seen how these unlawful activities wreaked havoc in 2017, it’s time to protect yourself for 2018.

Brooke Faulkner is a law and math nerd from the pacific northwest. One of her life goals is to bridge the gap between numbers and the public by advancing STEM education in public schools and discussing economic policy at the dinner table.

Next Post: The French Blockchain Revolution: Leading the Way With Technology & Unlisted Securities