The Mexican judge who presided in several legal cases filed by lawyers for Joaquin “El Chapo” Guzman was shot and killed outside his home on Monday.

The Judge,  Vicente Antonio Bermudez Zacarias, 37,  died after being shot in the head while jogging in Metepec, about 40 miles from Mexico City.

Guzman is the notorious drug lord who famously escaped jail and has been sought by US authorities for extradition.  However Judge Zacarias also handled several cases involving major Mexican drug business identities.

The Judge was exercising near his gated community when he was ambushed by two men on Monday.  One of the assassins ran up to Mr Zacarias and shot him in the head at close range before fleeing in the car.

The Judge died in hospital a short time later.

He was well-known in Mexico for having ruled on cases involving some of the country’s biggest ‘narcos’.

Although the Judge had suspended the application for extradition of El Chapo he had  approved the extradition of another major drug figure, Abigail Gonzalez Valencia, leader of the cartel known as ‘Los Cuinis’.

Valencia was relatively unknown, overshadowed by El Chapo’s notoriety, but was actually a major drug player who reportedly offered soldiers up to three million dollars to not have his face shown on television.

The Los Cuinis’ cartel carved out a niche supplying European and Asian drug markets, leaving their better-known drug sydnicate rivals such as Sinaloa to the United States drug market. 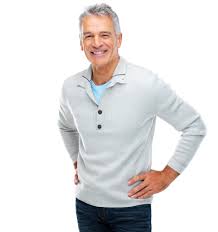