Drug User’s Choice: Save a Victim or Protect His Dealer? He Made the Wrong Choice 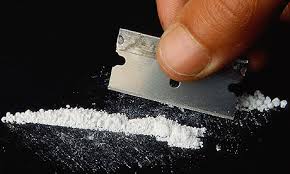 Joon H. Kim, the Acting United States Attorney for the Southern District of New York, announced that MARC HENRY JOHNSON was sentenced today to one year and one day in prison for helping cover up a drug dealer’s narcotics offense by moving a woman’s body out of a Manhattan apartment where she had suffered a fatal cocaine overdose.  JOHNSON pled guilty on March 21, 2017, to acting as an accessory after the fact to the offense of maintaining a drug-involved premises.  JOHNSON entered the guilty plea before U.S. District Judge Jesse M. Furman, who imposed today’s sentence.

According to documents filed in this case and statements made in related court proceedings:

JOHNSON regularly bought cocaine from James Holder, who lived in and sold cocaine from a third-floor apartment in Chelsea.  During the night of October 3, 2015, and the early morning hours of October 4, 2015, JOHNSON met with a 38-year-old woman (“Individual-1”) and others at a bar in Manhattan.  Individual-1 had been using cocaine before JOHNSON arrived.  Later, JOHNSON and Individual-1 left the bar together in a taxi.  They arrived at Holder’s apartment building at approximately 4:25 a.m., and walked upstairs to Holder’s apartment.  Hours later, JOHNSON and Holder dragged Individual-1’s apparently unconscious body into the building’s first-floor vestibule.  Holder then left the building, and JOHNSON called 911 to summon an ambulance.  JOHNSON declined to provide his name to the 911 operator, and he did not identify Individual-1, or describe his relationship to her, or explain what had happened to her or why she needed medical assistance.  Emergency Medical Technicians responded and found Individual-1 unresponsive in the Chelsea building’s vestibule.  JOHNSON left the building soon after the EMTs arrived.

Individual-1 was taken to a hospital and pronounced dead later on October 4, 2015.  Her death was caused by, among other things, cocaine use.

In addition to the prison term, MARC HENRY JOHNSON, 53, was sentenced to two years of supervised release and ordered to pay a fine of $20,000.

The case is being handled by the Office’s Narcotics Unit.  Assistant U.S. Attorneys Margaret Garnett and David Abramowicz are in charge of the prosecution.