Is the Cosmetics Business Headed For More FDA Regulation? 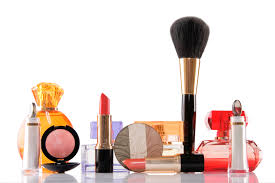 The cosmetics industry is booming. In 2016, sales of beauty products climbed to more than $400 billion, and that number likely will keep growing. Consumers assume that these products are safe and effective. But a recent study suggests that is not always the case.

In the August 2017 issue of JAMA Internal Medicine, researchers at Northwestern University published results from a study examining cosmetics-related adverse events reported to FDA and collected in the Center for Food Safety and Applied Nutrition’s adverse event reporting system. Michael Kwa, BA, et al., Research Letter, Adverse Events Reported to the US Food and Drug Administration for Cosmetics and Personal Care Products, 177(8):1202-04, JAMA Intern Med. 2017. They found that, from 2004 to 2016, consumers and health care providers reported a total of 5,144 adverse events attributable to cosmetics, an average of nearly 400 events a year. The three most commonly implicated product types were hair care, skin care and tattoos, and there were “significantly higher than average reports of serious health outcomes” involving personal cleanliness, baby, hair care and hair coloring products.

The report found that consumer complaints more than doubled for cosmetic products from 2015 to 2016, largely due to reports about WEN by Chaz Dean Cleansing Conditioner products. FDA is currently investigating these hair care products after learning that the company received thousands of complaints about alopecia and skin irritation. FDA only learned of these complaints through inspections of WEN’s facilities. Once the complaints came to light, consumers filed a class-action lawsuit, accusing the company of hiding safety risks. The case was settled in 2016 for $26.3 million.

The number of cosmetics-related adverse reports submitted to FDA is considerably lower than those submitted for pharmaceutical drugs and medical devices. This is likely because adverse events for cosmetics are significantly underreported. Cosmetics companies are not required to disclose to FDA the complaints they receive, and consumers and their doctors often do not think to report cosmetics-related adverse events to FDA.

What is being done to ensure that cosmetics are safe? The answer may surprise you.

The Northwestern study results raise an important question: What is being done to ensure that cosmetics are safe? The answer may surprise you. Cosmetics fall within the regulatory authority of FDA under the Federal Food, Drug, and Cosmetic Act. But compared to other FDA-regulated products, like drugs and food, cosmetics receive far less oversight, and FDA devotes far fewer resources to ensuring their safety.

Cosmetics manufacturers do not need FDA approval to sell a beauty product (with the exception of color additives) and do not need to disclose the product’s ingredients. Cosmetics manufacturers do not need to register with FDA or report adverse events to FDA. FDA has no power to demand that a company recall a cosmetic. Simply put, FDA is not armed with enough statutory authority or resources to adequately regulate cosmetics. This has been the case since the regulations were last updated in 1938.

The Personal Care Products Safety Act (S. 1113), introduced by California Senator Dianne Feinstein and Maine Senator Susan Collins, may significantly alter the regulatory landscape. This proposed legislation was first introduced in 2015, and reintroduced with several changes on May 11, 2017. The bill is intended to beef up FDA’s oversight of cosmetics companies in several ways:

FDA would be required to evaluate a minimum of five ingredients per year to determine their safety and appropriate use. The bill specifies the first five ingredients for FDA review: diazolidinyl urea (preservative), lead acetate (color additive), methylene glycol/methanediol/formaldehyde (hair straighteners and preservatives), propylparaben (preservative), and quaternium-15 (formaldehyde-releasing preservative and surfactant). The legislation would require FDA to assess the safety of cosmetic ingredients by determining whether there is “adequate evidence to support a reasonable certainty among competent scientists that the ingredient is not harmful.”

FDA may establish conditions for safe use of an ingredient, including a limit on the amount of the ingredient or a requirement for a warning label.

FDA would have the authority to order recalls of cosmetic products that pose safety risks to consumers.

Cosmetics companies would be required to submit ingredient statements on an annual basis and pay fees to FDA that would be used for “cosmetic safety activities.”

Facilities that manufacture, process, pack or hold cosmetics would be required to register with FDA.

The bill also contains a preemption provision that prohibits states from imposing regulations that are different from, or additional to, regulations imposed by FDA.

The Personal Care Products Safety Act is not the first attempt to impose increased regulation on the cosmetics industry. Over the years, several bills have tried and failed to gain momentum. In 2011, Representative Jan Schakowsky, along with others, introduced the Safe Cosmetics Act of 2011, H.R. 2359. This bill shared many of the same requirements set out in the Personal Care Products Safety Act, including mandatory adverse event reporting and registration of manufacturing facilities. Another bill, the Cosmetics Safety Enhancement Act of 2012, was introduced a year later. Although less restrictive than the Safe Cosmetics Act, it too failed to make it past the finish line.

Further, just last month, Utah Senator Orrin Hatch introduced the FDA Cosmetic Safety and Modernization Act of 2017, S. 2003. This proposed legislation shares many of the provisions of the Personal Care Products Safety Act, but expands the small business exemption to exclude businesses with less than $1 million in annual net revenue. This would likely exempt a larger number of businesses than the Feinstein-Collins bill.

Given the current administration’s reluctance to impose new regulation, it remains to be seen whether either of these competing bills will have more success than their predecessors. But there is one promising sign — unlike in the past, many of the world’s largest cosmetics companies and several industry trade associations are actively supporting the Personal Care Products Safety Act, and have articulated good reasons for wanting this bill to succeed. Regulation would provide greater certainty for the cosmetics industry. There would be clear expectations of what is required to produce a safe product and real consequences for failing to do so. Regulation would also cause manufacturers to live by the same rules. Many companies properly test and label their products. Thus, this legislation may have little impact on their day-to-day operations. But some do not. These companies not only create unsafe products that could harm consumers, but they also damage the integrity of the industry. With this proposed legislation, companies would be required to meet the same requirements or face FDA enforcement action. Also, many of the requirements under these bills are already in place in countries outside the United States, where cosmetics are more heavily regulated (such as in the European Union). Thus, companies that sell overseas may already have procedures in place that comply with many of the bills’ requirements. Moreover, either bill would be a step forward in meeting consumers’ demand for more transparency in the labeling and advertising for the products they buy, including cosmetics.

Of course, regulation will be costly for companies, particularly those smaller companies that might not be exempted under the Personal Care Products Safety Act. Moreover, many companies argue that the cosmetics industry does a good job at self-policing, and that the bill serves no purpose other than to squeeze out the smaller cosmetics companies that simply cannot afford to comply with such burdensome regulation.

The fate of this proposed legislation remains to be seen. But considering the heightened scrutiny around the safety of cosmetics and the support for the Personal Care Products Safety Act by large cosmetics companies and many industry groups, we may see some form of increased regulation in the beauty industry sometime soon.

Next Post: “Jimmy the Henchman” Convicted of Murder-for-Hire Killing