Compensation for the Commercial Use of Footballer Names

Schumaker Loop & Kendrick – The lawsuit against the NCAA over whether Division I men’s basketball and football players can be compensated for the commercial use of their names, images and likenesses came to an abrupt end on Monday as the U.S. Supreme Court denied petitions by both O’Bannon and the NCAA to review the case.

(1) NCAA regulations are subject to antitrust scrutiny, and rules that prohibited student-athletes from receiving more than the value of a full grant-in-aid scholarship (tuition, fees, room, board and books) violated antitrust laws;

and (2) while antitrust law requires that schools be allowed to provide student-athletes full cost of attendance scholarships, it does not require payments “untethered to educational expenses.”

Both sides appear to be claiming a victory in their seven-year-long legal battle.

While the O’Bannon case ran its course through the appellate courts, the NCAA voluntarily increased the value of an athletic scholarship to include full costs of attendance beginning in the Fall of 2015, but the NCAA was adamant that compensation for student-athletes beyond education expenses threatened its amateurism system.

Both sides appear to be claiming a victory in their seven-year-long legal battle.

NCAA chief legal officer Donald Remy said in a statement: “While we are disappointed with this decision not to review this case, we remain pleased that the 9th Circuit agreed with us that amateurism is an essential component of college sports and that NCAA members should not be forced by the courts to provide benefits untethered to education, including providing any payments beyond the full cost of attendance.”

While Michael Hausfeld, lead attorney for the plaintiffs, told USA Today: “While we would have liked the Supreme Court’s review, we remain pleased with our trial victory and the Ninth Circuit’s decision upholding the finding that the NCAA violated the antitrust laws and affirming a permanent injunction to remedy that violation, which enables NCAA member schools to offer college athletes significant additional funds toward the cost of attendance.”

The Supreme Court’s ruling on Monday is not the end of the road for those that challenge the NCAA’s amateurism rules and support student-athlete compensation. Pending in the Northern District of California is another case before Judge Claudia Wilken (also the trial judge in O’Bannon v. NCAA) where the plaintiffs want to end NCAA rules that cap the benefits student-athletes can receive—Jenkins v. NCAA. In August, Judge Wilken ruled that the Jenkins case could proceed because theO’Bannon decision foreclosed only one type of relief—cash compensation untethered to educational expenses—leaving the door open to other potential relief.

Thus, while O’Bannon has come to a close, its effect is likely to have repercussions for years to come. 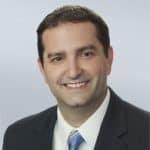 Next Post: Justice Ginsburg’s 7 Tips To Raising A Strong Daughter