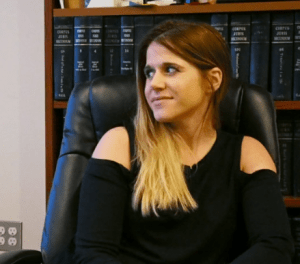 Seeking niche markets in the law is one of the keys to success for many lawyers.  And one of the latest on the legal scene is marijuana law, which has seen Anchorage lawyer Jana Weltzin pioneering her new practice area.

But as Weltzin says, it’s an exciting time for those committed to the rec-drug market, as she told the local KTOO network.

Weltzin, 30, has cannabis clients stretch from Aniak along the Kuskokwim to Kasilof on the Railbelt, with a few in the Lower 48, as well.

“The cannabis industry, throughout the states that have legalized, has been largely born from small entrepreneurial startups,” Weltzin said. “The risk keeps out the big boys.”

“Just like (Anchorage), there’s a whole land-use component to the cannabis market there, where you have to get special use permits, there’s requirements for buffers, there’s multiple city hearings and public hearings,” Weltzin explained. “Same kind of process we’re going through here.”

She’s been a vocal presence at the state level by guiding legislation through Juneau, as well as giving input on the emerging regulations from the Marijuana Control Board as they’ve been drafted and adopted, as well as being involved in a variety of local political battles.

All in the name of building a new practice area in the hot pot niche.

Next Post: Clooney on the UK Supreme Court? Huh?