Are Class Actions Making a Comeback?

Back in 2011 it looked like class actions would join the mastodon, the dodo bird and other extinct species.

In AT&T v. Mobility v. Concepcion, Justice Scalia and the conservative majority held that the Federal Arbitration Act (“FAA”) preempted state laws protecting consumers.  Like a comet from deep space, it looked like the FAA would eventually extinguish all forms of class action.

But with Justice Scalia’s passing and a four-four split at the Supreme Court, the tide has turned, and class actions appear to be making a comeback.  In Morris v. Ernst Young a split 9th Circuit panel recently joined the 7th Circuit and held that employment contracts that preclude employee class actions are unenforceable.

Accounting firm Ernst & Young required its employees to agree that any disputes be arbitrated and that they must be litigated as “separate proceedings,” i.e. the employee could not join class actions with other employees but must litigate his or her dispute alone.

What’s the Big Deal About Class-Actions?

Employers like Ernst & Young seek to avoid class actions because many employee disputes involve relatively modest sums of money, which, if successful, will generate insignificant fee awards for their attorneys.  Thus a single employee will often find it difficult, if not impossible, to find representation.

But if a single employee joins a class action of hundreds of similarly situated employees the amount in controversy and the resulting attorney fee award will be large enough to attract representation.  For example, the recently filed Chipotle class action alleging wage theft involves nearly  10,000 former and current employees nationwide.

The Morris plaintiffs filed a class action in federal court.  Ernst & Young filed a motion to dismiss based on the arbitration provision and the “separate proceedings” provision and the trial court granted Ernst & Young’s motion.  On appeal,  plaintiffs claimed that the “separate proceedings” provision violated three federal labor laws, the National Labor Relations Act (“NRLA”), the Norris LaGuardia Act and the Fair Labor Standards Act.  At oral argument, the panel peppered counsel regarding the interplay of the NRLA and the FAA.

The split 9th Circuit panel held the class-action waiver provision violated the NRLA and thus did not reach whether it also violated the other laws.

The Court addressed the AT&T v. Concepcion decision and the FAA head on, explaining that: “the illegality of the ‘separate proceedings’ term’ here has nothing to do with arbitration as a forum.  It would equally violate the NLRA for Ernst & Young to require its employees to sign a contract requiring the resolution of all work-related disputes in court and in ‘separate proceedings.’  The same infirmity would exist if the contract required disputes to be resolved through casting lots, coin toss, duel, trial by ordeal, or any other dispute resolution mechanism, if the contract … required separate individual proceedings.”

What Should Employers Do Now?

The stage is set for the Supreme Court to resolve a circuit split as to whether the FAA trumps class-action waivers (7th and 9th Circuits vs. 2nd, 5th and 8th Circuits).  But for now, employers in the 9thCircuit, the largest circuit by population and geography, can no longer enforce class-action waivers or separate proceedings provisions in their employment contracts. 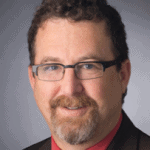 Next Post: How Law Firms Can Utilizing SMS & Marketing Automation to Qualify Leads