Boies Schiller’s success is due to a variety of factors, not the least being the firm’s ability to not just capitalize upon its star principal David Boies, but also to a formula that has projected the firm into the legal stratosphere.

The firm’s co-founder and managing partner Jonathan Schiller was interviewed by Forbes, describing the firm’s successful formula: its 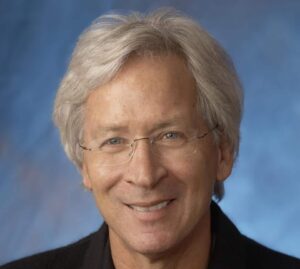 The firm was co-founded by Boies and Schiller after the two had worked together in different firms – David Boies with Cravath and Jonathan Schiller with a DC-based law boutique.

We were aware that a number of lawyers in private practice were expressing a lack of satisfaction in their work. We also knew that partners in various settings were unhappy with their firm’s management, including specifically the subjective way compensation was decided: a lot of bloodletting at the end of every year; a lot of meetings by committees which had to read promotional memos about how great one lawyer is when compared by that lawyer with others; about partners pulling their associates up through their systems – all kinds of things that had become too standard in the law business. We didn’t want that . .

One of the things the firm places particular emphasis on is teamwork across different groups and for different projects.

They also work on establishing what Schiller calls the ‘basic truth’s’ in an action, organizing the core evidence.

We refer to this presentation as “Basic Truths.” Any lawyer who goes to court must do such an analysis to some degree. We organize this data intensively as it is developed into what we call an “Order of Proof” which also includes the other side’s rebuttal and our legal and factual answers to that rebuttal. And it’s point by point, detail by detail,

As an entrepreneurial firm, Boies Schiller ensures it also creates an atmosphere that will ensure the lawyers work to create the very best results possible – as well as achieving top remuneration.

we established entrepreneurial incentives that offered financial credits to all lawyers for originating clients, originating individual cases, or running a specific investigation or case.

The other part, is to recruit the best people.  Top results in any firm only come from top people, well trained and appropriately remunerated.

So what do Boies Schiller do about recruiting top talent?

We’ve been extremely selective in our hiring over the past twenty years. Our lawyer leverage is less than our peers’. Our cases are staffed more with partners than with multiple associates, which increases our overall effectiveness and increases our cost effectiveness for our clients.

We want to do as good a job as can be done, as quickly as it can be done, as effectively as it can be done. We don’t take a case and make it last five years if we can get it done successfully in six months. I think that Boies’s U.S. Government v. Microsoft team offered an excellent example of that, where they brought that complex U.S. government antitrust complaint against Microsoft through discovery to trial within six months of filing the complaint and completed the trial within three months.

The GFC created some major opportunities for a firm with Boies Schiller’s attitudes and entrepreneurial zeal.  They hired top talent when other firms were scaling back their recruitment, the firm growing since then at around 5 per cent a year since the GFC.

Schiller says they have hired some of the best lawyers in the country. Top lawyers combined with their systems and focus upon teamwork and technology, but most importantly upon legal talent, has helped Boies Schiller become one of the world’s top legal brands.

Next Post: Software to “Encode the Mindset” of Lawyers