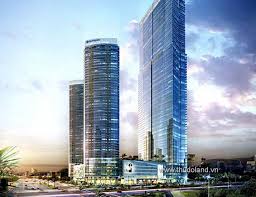 Joon H. Kim, the Acting United States Attorney for the Southern District of New York, and Kenneth A. Blanco, Acting Assistant Attorney General of the Criminal Division of the U.S. Department of Justice, announced that MALCOLM HARRIS was sentenced today by U.S. District Judge Edgardo Ramos to 42 months in prison for wire fraud and money laundering charges arising from his role as a middleman in a corrupt scheme to pay millions of dollars in bribes to a foreign official (“Foreign Official-1”) of a country in the Middle East (“Country-1”).  The bribes were intended to facilitate the sale by South Korean construction company Keangnam Enterprises Co., Ltd. (“Keangnam”) of a 72-story commercial building known as Landmark 72 in Hanoi, Vietnam, to Country-1’s sovereign wealth fund (the “Fund”) for $800 million.  Instead of paying an initial $500,000 bribe to Foreign Official-1 as he had promised, HARRIS simply pocketed the money and spent it on himself.

Acting Manhattan U.S. Attorney Joon H. Kim said:  “Malcolm Harris schemed to bribe a foreign official, then double-crossed his alleged co-conspirators by pocketing the half-million dollars intended to be bribes.  Harris’s international bribery and fraud scheme centered around a Korean construction company’s attempt to sell a 72-story skyscraper in Vietnam through corruption.  This sentence and the prosecution of Harris and his co-conspirators, Joo Hyun Bahn and Ban Ki Sang should send a message that if you bring international corruption to New York, you may very well find yourself in a Manhattan federal court being sentenced to significant time in a federal prison.”

From in or about March 2013 through in or about May 2015, HARRIS’s co-defendants Joo Hyun Bahn, a/k/a “Dennis Bahn” (“Bahn”), and his father Ban Ki Sang (“Ban”) engaged in an international conspiracy to bribe Foreign Official-1 in connection with the attempted $800 million sale of a building complex in Hanoi, Vietnam, known as Landmark 72.  During this time, Ban was a senior executive at Keangnam, a South Korean construction company that built and owned Landmark 72.  Ban convinced Keangnam to hire his son Bahn, who worked as a broker at a commercial real estate firm in Manhattan, to secure an investor for Landmark 72.

Unbeknownst to Bahn or Ban, however, HARRIS did not have the claimed relationship with Foreign Official-1 and did not intend to pay the bribe money to Foreign Official-1.  Instead, HARRIS simply stole the $500,000 upfront bribe arranged by Bahn and Ban, which HARRIS then spent on lavish personal expenses, including rent for a luxury penthouse apartment in Williamsburg, Brooklyn.

In addition to the prison sentence, HARRIS, 53, of New York, New York, was sentenced to three years of supervised release and ordered to pay forfeiture of $500,000 and restitution of $760,148.57 to victims.

Trial in Bahn’s case is scheduled to begin on February 5, 2018, before Judge Ramos.  Ban is a fugitive believed to be residing in South Korea.  All defendants are presumed innocent unless and until convicted beyond a reasonable doubt in a court of law.

Mr. Kim praised the outstanding investigative work of the International Corruption Squad of the FBI’s New York Field Office.  Mr. Kim also thanked the Department of Justice’s Office of International Affairs for its ongoing assistance in this case.

The case is being prosecuted by the Office’s Complex Frauds and Cybercrime Unit.  Assistant United States Attorney Daniel S. Noble and Trial Attorney Dennis R. Kihm of the Fraud Section of the Justice Department’s Criminal Division are in charge of the prosecution.