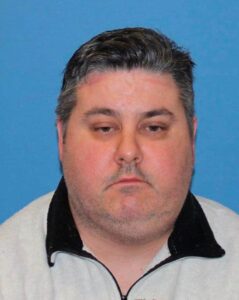 Joon H. Kim, the Acting United States Attorney for the Southern District of New York, announced that BRIAN COLL, a former New York City Correction Officer, was sentenced today by U.S. District Judge Loretta A. Preska to 30 years in prison for causing the death of Ronald Spear, a pre-trial detainee at Rikers Island, and for obstructing justice by covering up the true cause of Spear’s death. COLL, then a correction officer on Rikers Island, was convicted following an eight-day jury trial of, among other charges, causing Spear’s death by repeatedly kicking him in the head while he was restrained and lying prone on the floor, in violation of his rights under the United States Constitution. Spear died shortly after the attack. COLL was arrested on a complaint on June 10, 2015, and has been in federal custody since that time.

In imposing today’s sentence, Judge Preska stated: “This is a serious offense that requires a serious punishment. It is also a crime where deterrence is, in the Court’s view, an important consideration.”

Acting Manhattan U.S. Attorney Joon H. Kim said: “Correction Officer Brian Coll brutally beat to death Ronald Spear, an ailing and vulnerable Rikers Island inmate. As proven at trial, after Spear had been restrained by other correction officers and lay prone on the ground, Coll reared his leg back and kicked Spear in the head, over and over again. What Officer Brian Coll did on December 19, 2012 – viciously beating to death a defenseless man – was a murderous crime, whether inside or outside prison. And he has now been held accountable for it. The protections of the U.S. Constitution extend to all of us, including those within our prison walls. Today’s sentencing of Brian Coll reminds us all of that.”

According to the allegations in the Indictment and the evidence introduced at trial:

Rikers Island is a jail complex located in the Bronx, New York, maintained by the New York City Department of Correction. At the time of his death, Ronald Spear was a pretrial detainee incarcerated on Rikers Island in the North Infirmary Command, a facility housing detainees who, like Spear, have serious or chronic medical needs. In the early morning hours of December 19, 2012, Spear left the housing area in the infirmary unit in an attempt to see the on-duty doctor but was stopped by COLL, who said that the doctor was not available to see him. In an altercation that ensued, COLL punched Spear several times in the face and stomach, after which Spear was restrained by two other correction officers, Anthony Torres and Byron Taylor. While Spear was lying prone on the ground and was still restrained, COLL repeatedly kicked Spear in the head, even after Torres attempted to shield Spear’s head with his hand and shouted at COLL to stop. After COLL stopped kicking Spear, COLL lifted up Spear’s head, told him to remember who had done this to him, and then dropped Spear’s head to the ground. Spear was pronounced dead at the scene shortly after the assault.

Spear’s autopsy was conducted at the Bronx Office of the Chief Medical Examiner (the “CME”). The autopsy revealed that Spear had at least three recent contusions on his skull, and that he had suffered a “brain bleed” caused by blunt force trauma to the head, consistent with Spear being kicked in the head while he was lying prone on the ground. The CME found that Spear had suffered a cardiac arrhythmia as a result of the head trauma. The assault by COLL was therefore, as the jury found, the cause of Spear’s death.

After Spear’s death, COLL, Taylor, Torres, and others, covered up the true cause of Spear’s death by concocting a false story that turned Spear into the aggressor, falsely claiming that Spear had attacked COLL with a cane. Specifically, COLL falsely claimed that Spear had attacked him with a cane, and Torres agreed to support this false version of events and further agreed not to not relay that COLL had repeatedly kicked Spear in the head. Additionally, at Taylor’s request, COLL, Torres, and an additional correction officer agreed to claim falsely that Taylor was not present for the incident. Consistent with their agreement, the conspirators filed false Use of Force reports with the Department of Correction and lied repeatedly to Department of Correction supervisors and investigators, and to the Bronx District Attorney’s Office.

COLL and his coconspirators propagated this false version of events after being advised by a Rikers captain to be consistent in the Use of Force reports that the officers were required to submit following Spear’s death. Additionally, when no cane was recovered from the crime scene – potentially calling into doubt COLL’s claim that Spear had attacked him with a cane – another Rikers captain directed a correction officer to take a cane from a supply area and to pass it off to investigators as the cane used in the incident.

BRIAN COLL, 47, of Smithtown, New York, was sentenced to 30 years in prison and five years of supervised release.

This case is being handled by the Office’s Civil Rights and Public Corruption Units. Assistant U.S. Attorneys Brooke E. Cucinella, Jeannette A. Vargas, and Martin S. Bell are in charge of the prosecution.